Vietnam is home to some of the biggest caves in the world. After hearing that these caves were unlike most others, I headed to Dong Hoi to visit the UNESCO world heritage site, Phong Nha-Ke Bang National Park. This park is incredibly beautiful, containing: tropical jungle, threatened animals such as tigers and Asian Elephants, a primate reserve for the endangered black langur, 400 million year old karst mountains and hundreds of caves.

These aren’t just any caves, but really big caves. I was amazed that some of these caves were discovered not too long ago and that caves are continually being discovered. The park is home to Son Doong Cave, thought to be the world’s largest until the “supercave” was found in China this year. It was found by a local hunter in 1990. This cave has only been open to the public for 1 year. It costs around 3,000 dollars to trek and sleep inside the cave, which has its own jungle and river.

I explored two other caves, Thien Durong or Paradise Cave and Phong Nha Cave. These caves were magnificent. The stalagmites (I remember these as rock formations that might reach the top) and the stalactites (I remember these as rock formations that hang tight from the top) looked like artistic sculptures. In Paradise cave you can walk 1 km along a well lit boardwalk and listen to the water drips echo. In Phong Nha cave you have to enter by a river in a small boat. 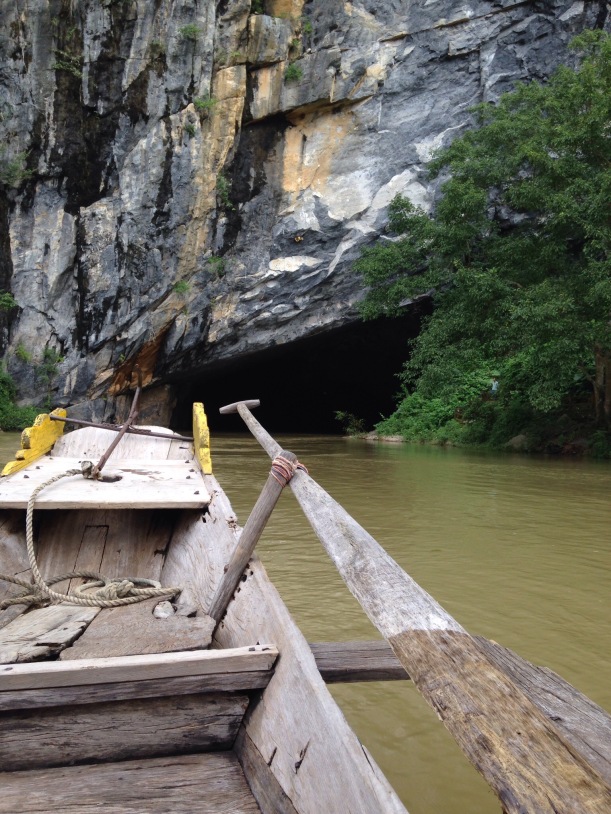 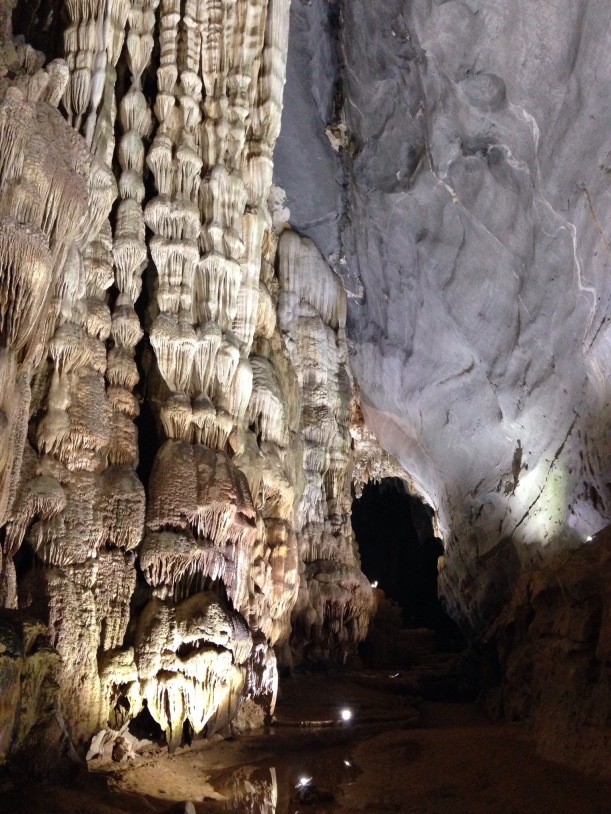